I had the honor of photographing the arrival and viewing of Edward M. Kennedy’s casket at the John F. Kennedy Presidential Library in Boston. The senior Senator from Massachusetts died on 8/25/09 at the Kennedy compound in Hyannis after losing his battle with brain cancer. Kennedy’s body laid in repose at the library until his funeral mass on Saturday at The Basilica of Our Lady of Perpetual Help in Boston’s Mission Hill section. 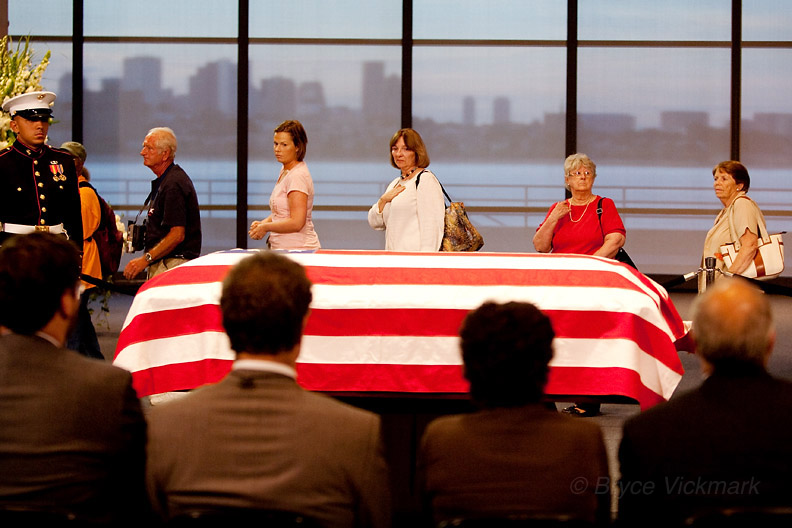 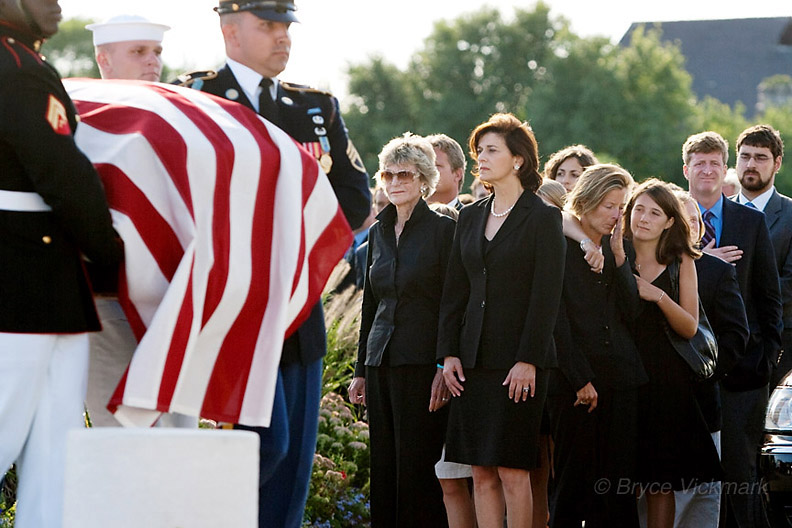 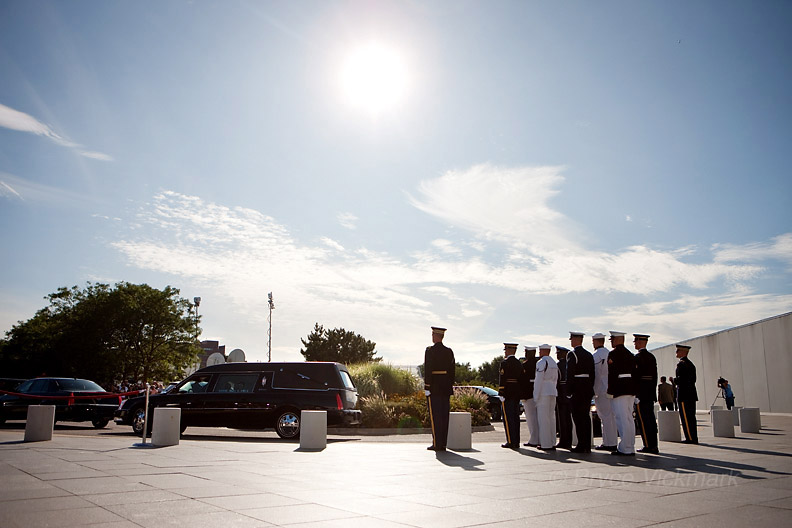 Caroline Kennedy greets mourners as they wait in line to pay their respects to the late Senator Ted Kennedy.