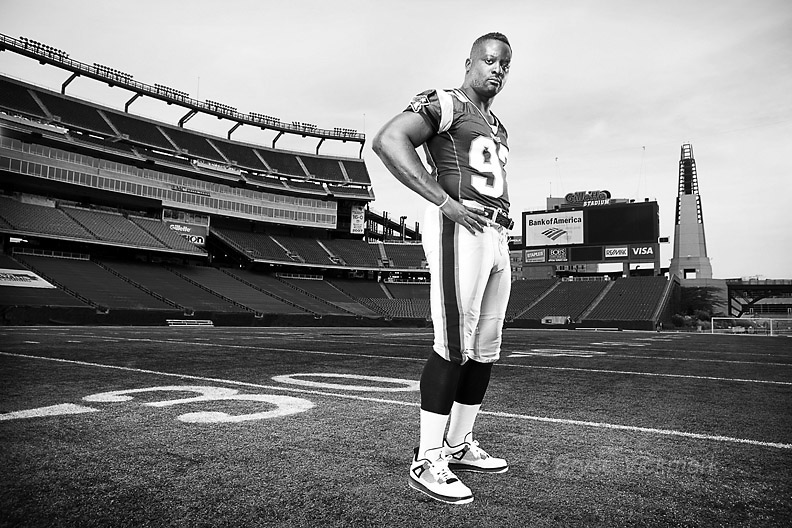 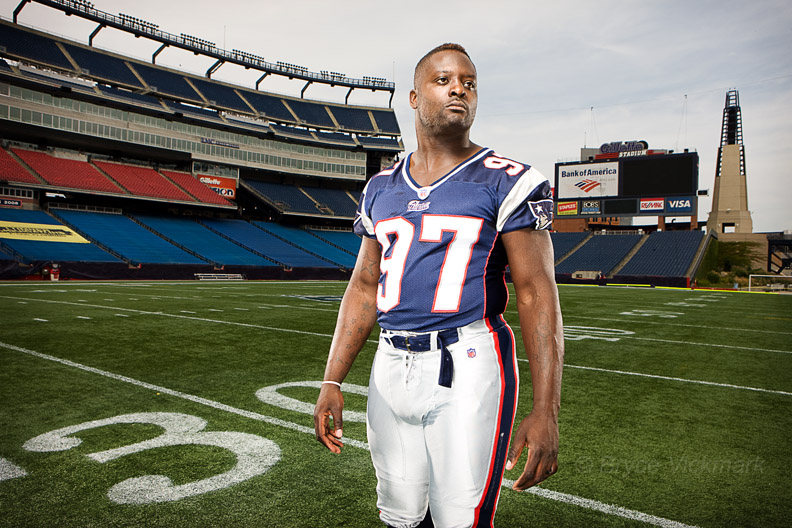 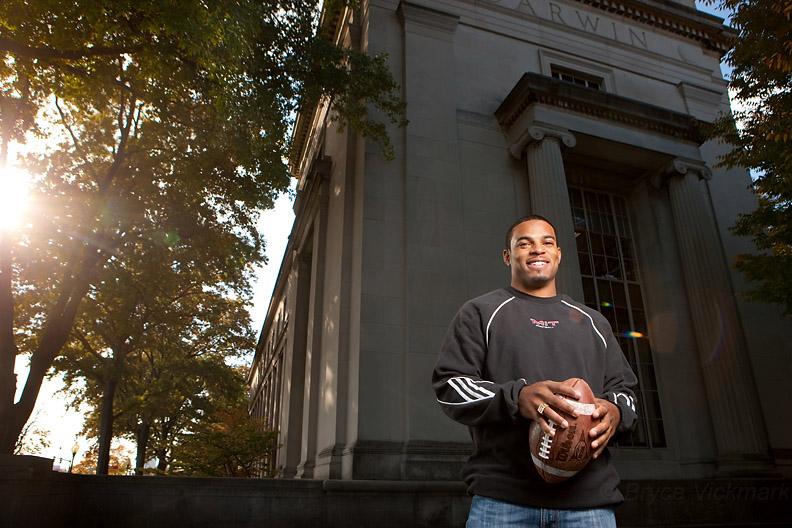 I photographed MIT student and football player DeRon Brown for USA Today last Thursday. Brown is leading div. III running back in rushing yards averaging 170 per game and an incredible student. After meeting Brown I was left thinking to myself, no one person should be able to choose if they would like to be a pro athlete or a rocket scientist!

I had the pleasure of photographing New England Patriot football player Fred Taylor at Gillette Stadium in Foxborough, MA earlier this month for the Sporting News Magazine. The story was about Hall-of-Fame caliber players who spent their whole careers with one team and now are playing their first year for another franchise. Taylor was a Jacksonville Jaguar from 1998-2008. He could not have been a nicer guy. Thanks a lot to Casey O’Connell of the Patriots for all of his help!

Light Data: Profoto Acute 2R 2400 pack with beauty dish on the key light on a boom stand from above. Two bare bulb heads with reflectors from behind the subject on the left and right. Underexposed the sky by about a stop and a half.