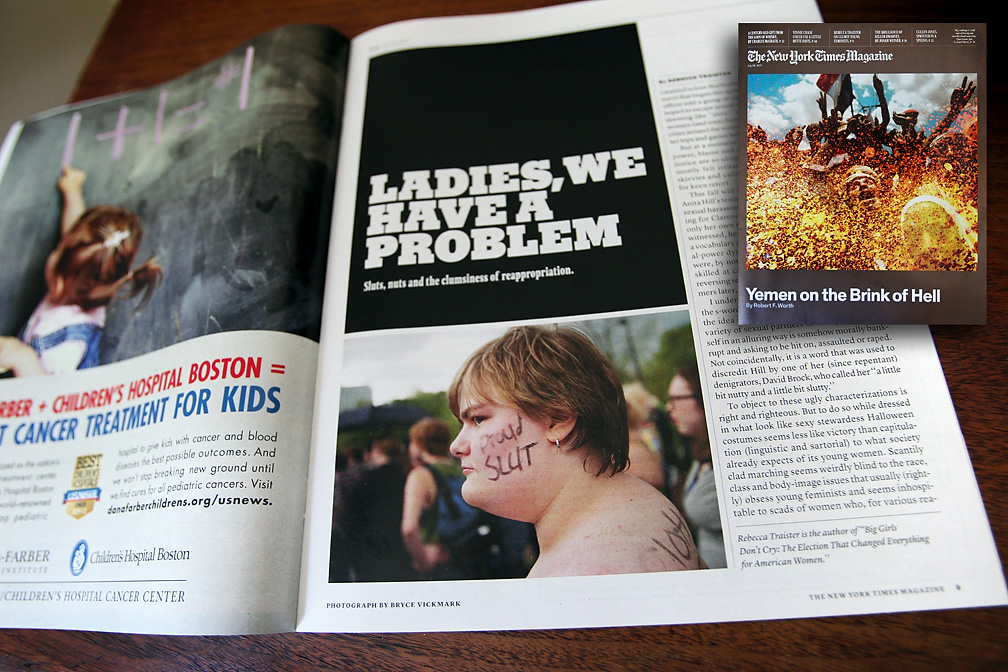 One phrase I thought unlikely for me to ever say in my life was definitely “The SlutWalk went great!” And that is what I told my photo editor at the New York Times Magazine in May when after I had the pleasure of photographing SlutWalk 2011 at the Boston Commons for the publication. The SlutWalk was born out of an event that happened in Toronto when a cop told some scantily clad women that they were asking for trouble by the way they were dressed. This started an international call to defend “slut pride.” It was a very interesting event to photograph filled with emotion and no lack of visually interesting outfit choices.
Tweet