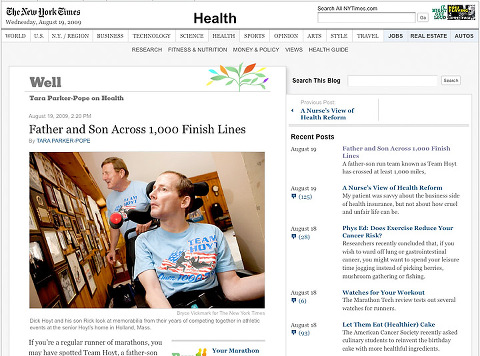 I have wanted to photograph Dick and Rick Hoyt ever since I heard about their story. They are a father and son running team that participates in triathlons and marathons including Boston. What makes them so unique is that the son Rick is suffers from cerebral palsy and is wheelchair bound. He is unable to move his limbs or speak, but his mind is sharp. Team Hoyt as they are called have competed in more than a thousand races since 1977.  They raise money through running and speaking engagements for the Hoyt Fund which enhances the lives and mobility of people with disabilities. A truly inspirational story.